A fire mage was appointed as chief archivist of the Imperial Library much to the dismay of the various scholars that considered the library their second home. There was much speculation as to the reasoning behind letting a pyrokinetic near the priceless, irreplaceable and highly flammable tomes and scrolls of the ancient archive. It was not at all reassuring when Yowling Lord Fleabit, the gentletom responsible for the appointment, claimed that "The best use of paper is to be scrunched up into a ball and batted around a bit, not sitting idly around bound in leather!"
Nevertheless, the newly appointed archivist proved to be a invaluable asset to the library and has been permanent fixture to this very day. 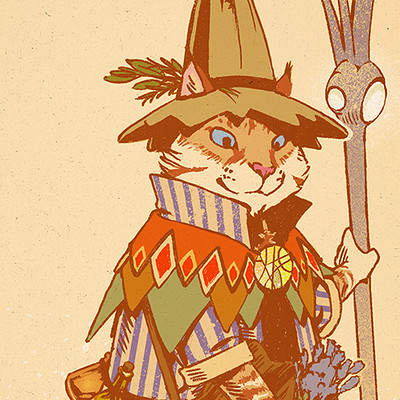